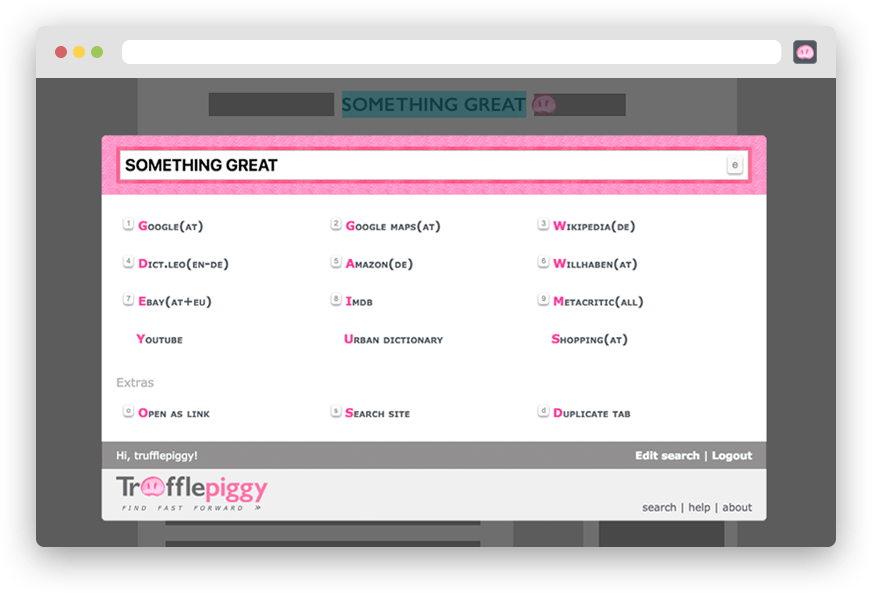 Hi there, my name is Clemens Mautner Markhof and my story begins back in December 2010 when I was writing my master thesis "Game Design as Gameplay". For doing research I used a common behaviour: open a new tab -> retype or copy and paste the search term in Google -> looking for the best result -> open the result in a new tab. I did this a few dozen times per day. This felt utterly wrong and time wasting.

A computer is built to automate. So I had to do something. I paused a week and coded the first prototype "Trüffelschwein" within 60 hours. The bookmarklet worked so well I wanted to create a full professional version right after university. But life is full of surprises and one month later I got hired via Twitter. So for the next years I passionately designed and developed social (brand) games on facebook.

During all those years I was using my little prototype daily. To my surprise I never found a better alternative. So finally in August 2015 I decided to quit and start my first company to develop a full featured version.

Servers are running 100% on water energy.
Proudly supported by the Austrian government and the FFG within the program AT:net